Over more than a decade of performing outside, George Gilbert has built a strong reputation as a festival magician. He has been seen doing shows outdoors all across USA, Canada, UK, and Europe. His one man comedy magic variety extravaganza was also featured on Travel Channel’s Big Time RV, in an episode called “Two for the Road”.

George has different shows and characters available from The George Gilbert Variety Show to The Pineapple Man : TropiComedy Magician. His shows run at 30 minutes, but can be fully customized and tailored to suit your needs. All of George’s performances are 100% family friendly and fully-insured.

George Gilbert strolls throughout the midway, engaging guests with Close-Up magic and even animal balloons!

No one can build or entertain a crowd like George Gilbert, and no other show can provide such a clean, engaging diversion to all ages. Bringing his award-winning magic, cheerful character, and quick wit together, this lighthearted production blends the lines of humor and magic.

There is truly something for everyone, as audiences across the globe can agree, from cheeky comedy, to frolicsome antics, to clever and intelligent illusions. The Pineapple Man is guaranteed to be an up-roaring hit! 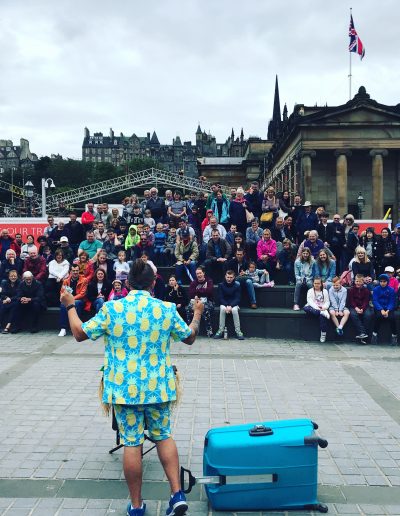 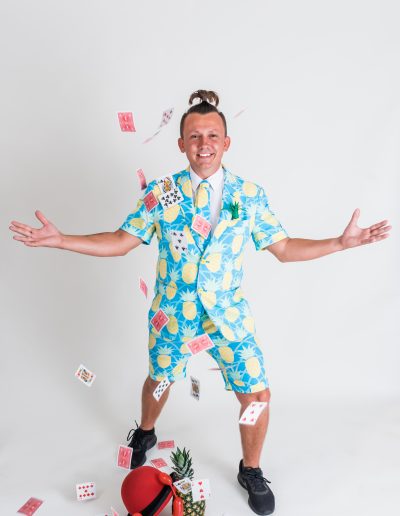 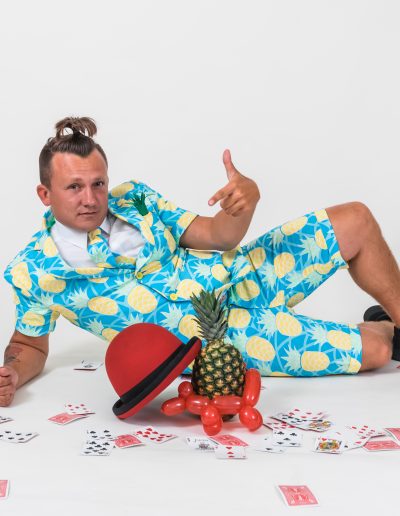 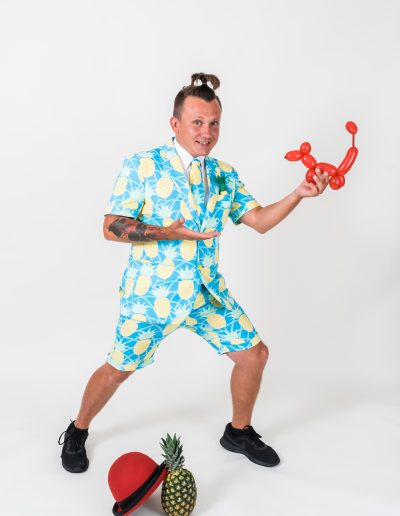 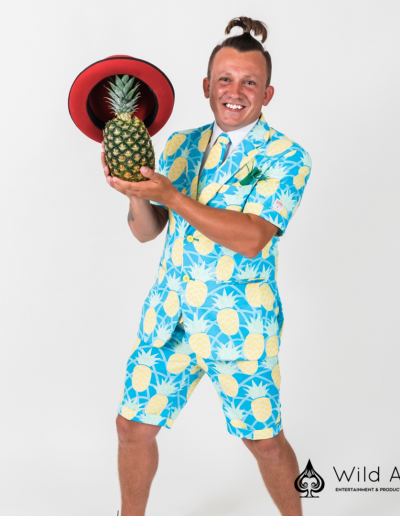